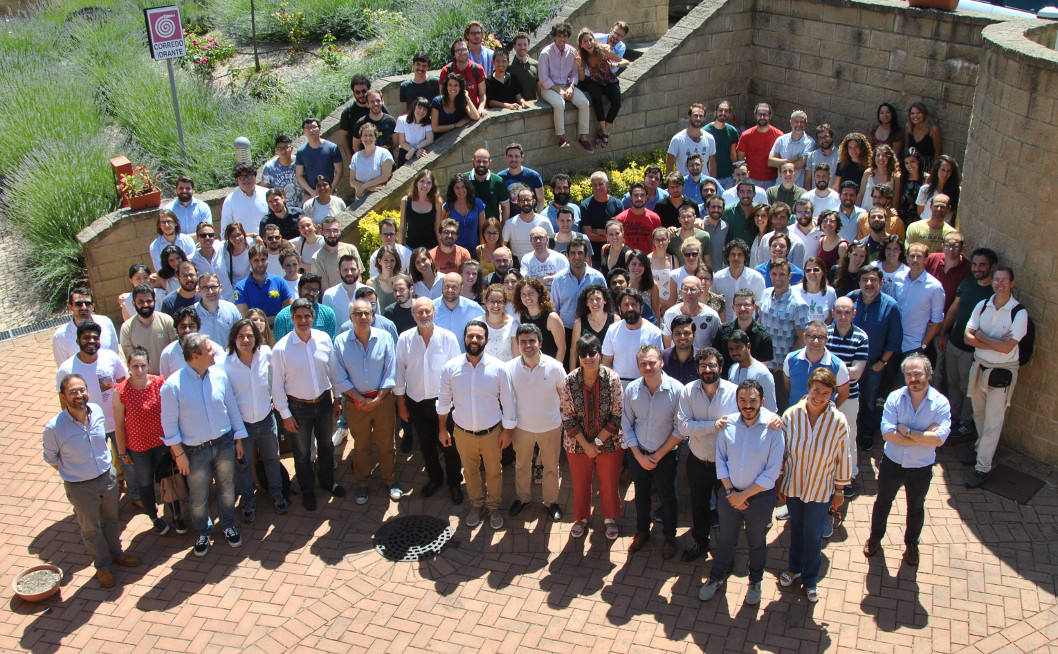 The mission of The BioRobotics Institute is educating the Engineer of the 21st Century, a competent, interdisciplinary, creative inventor and entrepreneur, able to manage new technological and scientific challenges, ready to take up new opportunities for society and industry, and acting as a linking bridge towards centres of knowledge worldwide.

The BioRobotics Institute is an integrated system pursuing frontier research, advanced education and innovation in the fields of biorobotics and bionics. While offering postgraduate teaching (MSc) and research (PhD) programs, we explore the possibility to reach an inexhaustible springboard for the creation of applications that are useful for man. This is achieved through bioengineering, mechatronics and robotics as well as smart systems inspired by the living world. In brief, we use robotics to mimic life and unveil its principles, to rehab, assist and treat human beings, to educate and change society.

The BioRobotics Institute is an English speaking environment. It is involved in a network of collaborations in Italy, Europe and worldwide with the most important research institutes, universities and industries due to the high interdisciplinarity of its research and the many collaborative projects and initiatives. Each year, the Institute welcomes international visiting students, researchers, faculty and organizes international events, meetings and workshops.

At present the Institute, headed by Christian Cipriani, includes over 200 people: 23 faculty members, 90+ PhD students, 75+ research associates, 20+ technicians and administrative staff members, and a variable number of master students and visiting researchers. The Institute is involved, as the coordinator or as a partner, in over 65 international and national research projects, including two funded by European Research Council, and it spun out 28 start-up companies (Download the Institute Flyers).

The headquarter of the BioRobotics Institute is hosted at the Polo Sant'Anna Valdera (PSV) established by the Sant’Anna School, in 2002, as a 6,300 square meters surface research park, in the industrial town of Pontedera (by train: 15 minutes away from Pisa and 45 minutes from Florence). The PSV is home of world class equipment for analysis, design and (micro-nano) fabrication as well as classrooms and a guest house. The PSV also hosts on its premises the Centre for Micro-BioRobotics of the Italian Institute of Technology (IIT@SSSA) and some joint research with leading universities in Japan and Korea, which share education and research in areas of high technological content, as well as promoting and enhancing ideas and technologies. The PSV is open to visitors once a month. Another locations of the Institute are the Research Centre on Sea Technologies and Marine Robotics and the Industrial BioRobotics Laboratory.

Brief History of the Institute

The BioRobotics Institute stems out of the seeds of the first engineering laboratories that Paolo Dario established at Scuola Superiore Sant’Anna: the ARTS Lab (Advanced Robotics Technologies and Systems), founded in 1989, and the MiTech Lab (Micro-Technologies), born a couple of years later. In 2002 the ARTS lab and the MiTech Lab, become CRIM (Center for Research In Microengineering), moved to Pontedera, only 30 km away from Pisa, but a different, industrial environment. Polo Sant'Anna Valdera (PSV) was opened that year, after a remarkable work by Paolo Dario, Rector Riccardo Varaldo and Piaggio company, capitalizing on investments at local (Municipality of Pontedera and Province of Pisa), regional (Tuscany Region), national (Italian Ministry of University and Research) and European level. The purpose was to better accommodate the growing activities of the Scuola Superiore Sant’Anna engineering labs and promote opportunities for innovation in the local and national areas. That has been beautifully achieved by hosting today the BioRobotics Institute. It started officially when the Scuola Superiore Sant’Anna structure was enhanced with 6 research institutes, on January 1, 2011. Paolo Dario has served as a Director in its start-up and for the two possible 3-year terms. The Institute keeps the legacy of the former labs and grew upon that as a top-class academic research institute, enlarging its scope, consolidating its leadership and nurturing generations of young scientists.