COLLABORATIVE ROBOTICS AND INDUSTRY 4.0: FROM THE COLLABORATION BETWEEN ESAOTE AND THE BIOROBOTICS INSTITUTE THE NEW ROBOTIC SYSTEM TO OPTIMIZE THE TESTS FOR THE IMPROVING RELIABILITY OF ULTRASOUND PROBES PRODUCTION

The goal is to optimize the tests for the improving reliability of ultrasound probes production, through an automation system according with the principles of industry 4.0. For this reason, Esaote, leading medical imaging company by providing innovative clinical solutions from prevention to therapy, and The BioRobotics Institute of Scuola Superiore Sant’Anna have developed a highly innovative robotic cell which, under the leadership of an operator, is able to direct the transducer and to certify its effectiveness.
The outcomes of this collaboration have been summarized in the report Pulse-echo test for medical imaging ultrasound probe and collaborative robot: performance and usability, written by Marco Controzzi, Michele Bacchereti and Francesco Clemente (The BioRobotics Institute), Andrea Grandoni, Lorenzo Francalanci and Alessandro Fabbrizzi (Esaote).

The robotic cell allows the cooperation between human labor and the most advanced automation systems. This offers an integrated solution and it makes the tests more efficient and traceable. The robotic cell consists in a collaborative robotic arm with a gripper which can verify the correct position of the probes with the help of on operator. This is an important step towards the automation of the process which allows to have more precise data about the repeatability and the operation of the probe (currently all the tests take place manually, with the only intervention of the operator).

“The robotic cell has reached two goals – says Marco Controzzi, researcher of The BioRobotics Institute - The first is to automate the procedure for the operation of the tests; the second is to keep in the foreground the role of man. Esaote operators will interact with the robot, supporting it during the tests. This line of research reflects the mission of “Human-Robot-Interaction”, the laboratory of Collaborative Robotics of The BioRobotics Institute. We imagine a synergy between men and robots, combining the advantages of manual production with precision and repeatability of automation.”

“The manufacturing process of ultrasound probes – says Andrea Grandoni of Esaote – is traditionally not suitable for automation. For this reason, among the possible solutions, collaborative robotic presents the best cost-effectiveness ratio because it improves productivity with low investments, with a quality improvement. The system managed by The BioRobotics Institute would allow us to support the man in the operations of testing the ultrasound probes.” 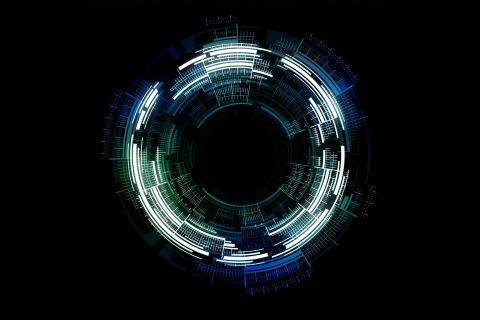