GM and GE crops: transgenic maize is continuing to experience yield increases and reduce the environmental impacts. The findings of a study by Sant’Anna School and University of Pisa researchers are available in Scientific Reports journal

Since genetically modified (GM) crops were introduced in the mid-1990s, they have become widely adopted by growers. The planting of transgenic maize has received permission since 1996. Growers of maize who were challenged with a variety of pests were introduced to genetically engineered (GE) maize with resistance to European corn borer Ostrinia nubilalis. The GE maize is considered safe for human and animal consumptions; it has revolutionized pest control, managed insects and minimized environmental impact.

The research conducted by Sant’Anna School and the University of Pisa under the supervision of Laura Ercoli, professor of Agronomy and Field Crops at Sant’Anna School, was published in Scientific Reports journal. The study focused on production over the 1996-2016 period in the US, Europe, South America, Asia, Africa and Australia to evaluate differences between transgenic (which confers more resistance to insects) and non-transgenic maize. In particular, these biotechnology-derived products have demonstrated to increase yield potential (from 5.6 to 24.5%), lower concentrations of mycotoxins (−28.8%) and fumonisin (−30.6%) levels in the grain of transgenic corn, positive effects on Macrocentrus grandii (Hymenoptera: Braconidaea) introduced to control Ostrinia nubilalis (Lepidoptera:Crambidae) and further positive level effects that benefited non-target organisms.

This meta-analysis aimed at increasing knowledge on agronomic, environmental and toxicological traits of GE maize by analyzing the peer-reviewed literature. Results (11.699 publications examined) provided strong evidence that GE maize performed better than its near isogenic line.

In September 2017, the European Court of Justice ruled that member states do not have the right to ban genetically modified crops without substantial evidence on risks for human, animal health, and the environment. The study by Sant’Anna School and University of Pisa researchers shows that lower mycotoxin content in GE maize grain can help to minimize the exposure of humans to health hazardous toxins through the diet. Authors of paper (Elisa Pellegrino, Stefano Bedini, Marco Nuti, Laura Ercoli) highlighted the benefits in terms of increases in grain yield and quality and provided stronger evidence that GE maize cultivations have been studied and tested and do not pose a serious health hazard. “You can trust the research on genetically modified organisms because all studies are controlled. These modified organisms have been the source of public debate regarding human safety for many years; our synthesis offers the opportunity to integrate many forms of evidence and increase public trust in GM technology” they said. 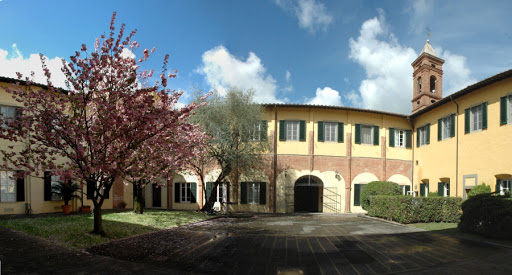