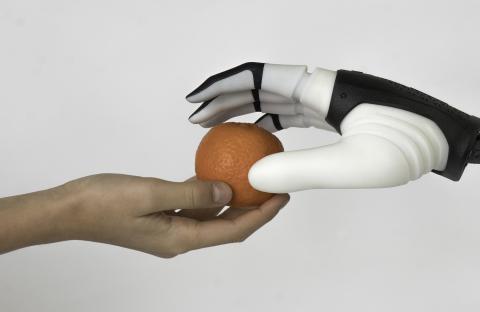 There is a time when a successful cooperation between humans and robots has decisive importance: it is in the precise moment that one “actor” is required to hand an object to another “actor” and, therefore, to coordinate their actions accordingly. But how can we make this interaction more natural for robots?
The answer comes from the study entitled “On the choice of grasp type and location when handing over an object”, published in Science Robotics by a research team of The BioRobotics Institute of Scuola Superiore Sant’Anna and the Australian Centre for Robotic Vision. The study reveals the guiding principles that regulate the choice of grasp type during an exchange of objects, encouraging cooperation between a robotic system and a person.
The study, conducted in 2018, analysed the behavior of people when they have to grasp an object and when, instead of using it themselves, they need to hand it over to a partner. The researchers investigated the grasp choice and hand placement on those objects during a handover when subsequent tasks are performed by the receiver. Passers tend to grasp the purposive part of the objects and leave “handles” unobstructed to the receivers. Intuitively, this choice allows receivers to comfortably perform subsequent tasks with the objects.

“We realised that, to date, insufficient attention has been given to the way a robot grasps an object in studies on human-robot interaction,” explains Francesca Cini, PhD student of The BioRobotics Institute and one of the two principal authors of the paper. “This aspect is very pivotal in this field. For example, when we pass a screwdriver knowing that the receiver should use it, we leave the handle free to facilitate the grasp and the subsequent use of the object. The aim of our research is to transfer all these guiding principles onto a robotic system so that they will be used to select a correct grasp type and to facilitate the exchange of objects.”

The impact of the collaborative study opens new scenarios of technological innovation, bringing benefits to various social activities where human-robot cooperation is well-established and yet to be established. Indeed, it would be possible to ameliorate the production steps in an industrial context while, in rehabilitation, robots could assist patients with more natural and effective results.

“Collaborative Robotics is the next frontier of both industrial and assistive robotics,” says Marco Controzzi, researcher of The BioRobotics Institute and principal investigator of Human-Robot Interaction Lab. “For this reason, we need a new generation of robots designed to interact with humans in a natural way. These results will allow us to instruct the robot to manipulate objects as a human collaborator through the introduction of simple rules.”

“Perhaps surprisingly, grasping and manipulation are regarded as very intuitive and straightforward actions for us humans,” says Valerio Ortenzi, a Research Fellow at the Australian Centre for Robotic Vision and the other principal author of the paper. “However, they simply are not. We intended to shed a light on the behavior of humans while interacting in a common manipulation task and a handover is a perfect example where little adjustments are performed to best achieve the shared goal to safely pass an object from one person to the other.”

“Real-world manipulation remains one of the greatest challenges in robotics and we strive to be the world leader in the research field of visually-guided robotic manipulation,” says Australian Centre for Robotic Vision Director Peter Corke. “This research collaboration with Scuola Superiore Sant’Anna forms a vital partnership towards our goal of overcoming the last barrier to the ubiquitous deployment of truly useful robots into society. While most people don’t think about picking up and moving objects – something human brains have learned over time through repetition and routine – for robots, grasping and manipulation is subtle and elusive.” 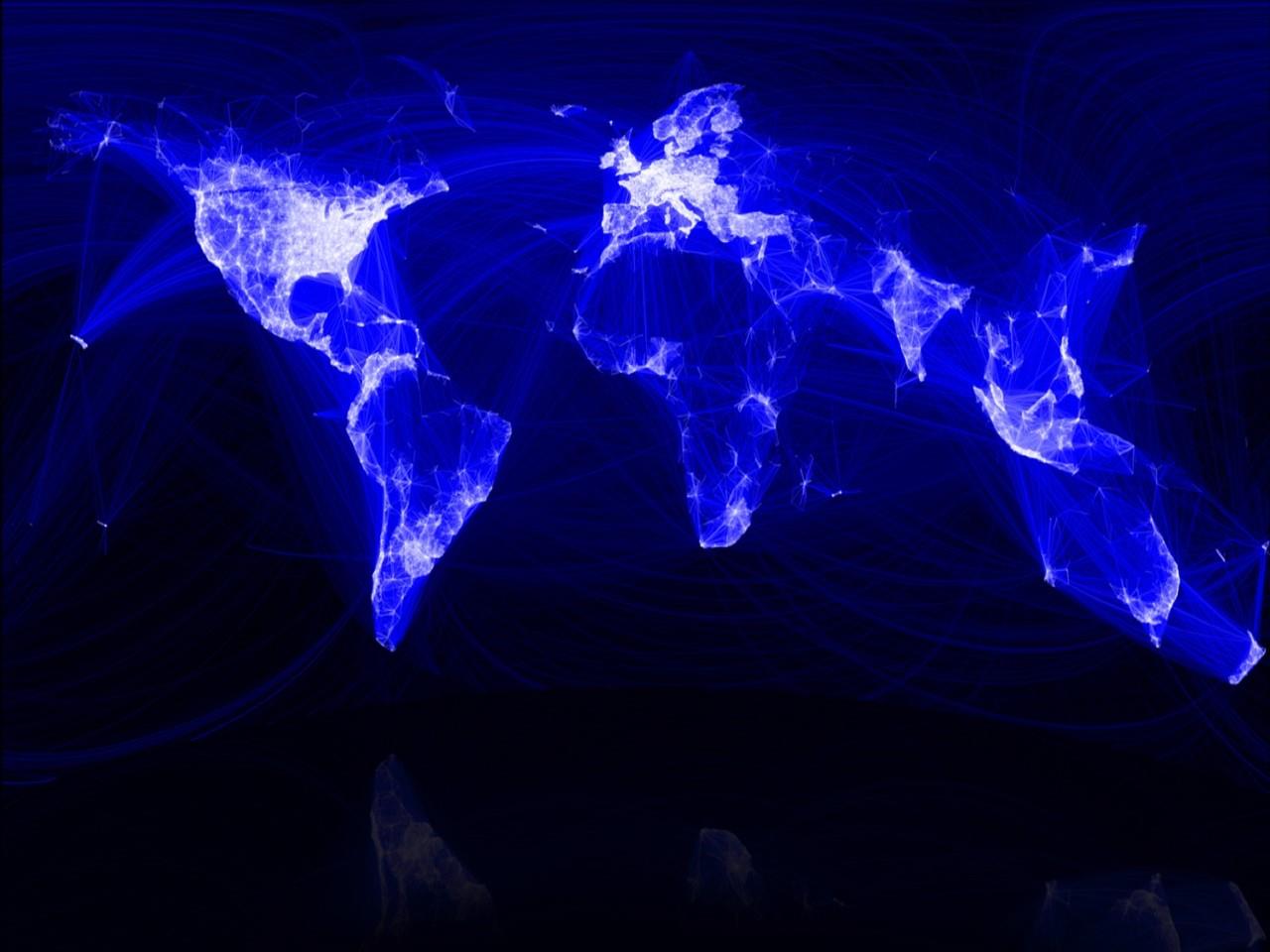