Times Higher Education World University Rankings  is the only one in the world that includes all the main activities of a University: teaching, research, technological transfer and international visibility.

The Sant'Anna School ranked a follows:

In 2018 QS World University Rankings,  Sant'Anna School has been ranked:

2nd at the national level on a census of 31 institutions

167th at the international level on a census of 1.011 institutions 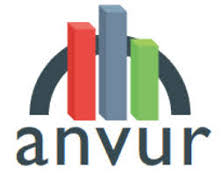 Although now close to being updated with the new evaluation 2011-2014, this ranking is to this day the most important national evaluation conducted by the ANVUR for the Ministry of the quality of research in Italian universities. The ranking provides separate scientific area and university size rankings.

In the absolute rankings, the Sant'Anna School fares as follows

In the size rankings, the Sant'Anna School fares as follows