IMPORTANT NOTICE: because of the COVID-19 related travel restrictions and with the continued resurgence of the virus within the State of Nevada, in particular Las Vegas, the IROS Organizers have decided that - regrettably – the 2020 IEEE/RSJ International Conference on Intelligent Robots and Systems (IROS) will not be held in-person.
The IROS 2020 has been turned in an On-Demand Conference providing free access to every Technical Talk, Plenary and Keynote, and over 60 Workshops and Tutorials.
The online platform “IROS On-Demand” will be released on October 25, 2020, and it will stay open until November 25, 2020, to allow the registered attendees to easily access content anywhere, anytime, with any device.

The IROS 2020 Workshop “Robots Building Robots. Digital Manufacturing and Human-Centered Automation for Building Consumer Robots” will be held in a mixed format including on-demand videos and a Live Panel Session for an interactive discussion with the Workshop Organizers and the Invited Speakers.

The demand for Industrial Robots (IR) has risen considerably due to the ongoing trend toward automation and continued technical innovations brought in Smart Factories. According to World Robotics 2019, in the year 2018 global robot installations were 422.271 units, worth USD 16.5 billion, and the operational stock of robots was computed at 2.439.543 units. The massive use of robots is key to the development of highly automated and productive factories, that are used worldwide to manufacture virtually all products, mainly mass-market consumer goods but also customized products manufactured under a Lot Size One logics. The forefront technology that IR brought in Manufacturing is likely ready to leave the industrial environment and enter directly into our homes in the coming years. The robotic market, indeed, is facing the challenge to open towards a new frontier where Robots exclusively utilized in production plants enter unprecedented fields of application. In fact, IR leaders worldwide have already started to be interested in Consumer Robots (CR), robots that can be bought for supporting domestic tasks or for entertainment. Today, autonomously navigating vacuums, pool cleaners, automated kitchen tools, pets, and educational toys are becoming family domestic robots. CR have been fueling visions of having robots living in our homes to assist humans with daily tasks. However, the promise of CR remains largely unfulfilled, despite CR could have an incredibly large market. Indeed, almost 2 billion households in the Western world would be possibly interested in purchasing at least one CR model (within different price ranges). Assuming to fully cover the whole market in 20 years, covering different price ranges (from 1K to 30K euro) of CR, the possible revenues in 20 years could reach almost 2-60 trillion €, having almost 100 million CR sold per year. The IROS 2020 Workshop “Robots Building Robots. Digital Manufacturing and Human-Centered Automation for Building Consumer Robots”  will (i) analyse how the current paradigm of industrial automation for manufacturing consumer products could evolve into the emerging paradigm of industrial automation for manufacturing Consumer Robots and (ii) discuss the technical characteristics of new “Robots producing Robots” and of automation cells intended to manufacture CR with high precision, accuracy and at low cost. Four representative classes of CR will be considered as case studies of Digital Manufacturing and Human-Centered Automation: vacuum cleaners; drones and aerial robots; educational robots and home robots. 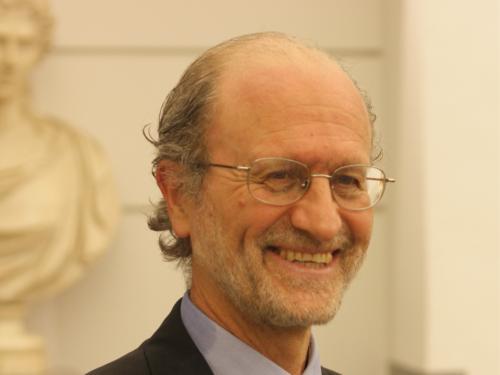 Paolo Dario is a Professor of Biomedical Robotics at the Scuola Superiore Sant'Anna (SSSA) in Pisa, Italy, founding Director of The BioRobotics Institute, founding Coordinator of the PhD in BioRobotics at SSSA and co-founder of the M.S. Course in Bionics Engineering in Pisa. He is visiting professor at various universities in Europe, USA, the Middle East and Asia, Founding Editorial Board Member of the Journal “Science Robotics” and Editor-in-Chief of the IEEE Transactions on Medical Robotics and Bionics. Paolo Dario is an IEEE Fellow, served as President of the IEEE Robotics and Automation Society and received the 2017 IEEE RAS Pioneer Award for Biorobotics.
Title talk: 1. Presentation of the Workshop; 2. Introduction to the Workshop

Marco Controzzi is an Assistant Professor of Applied Mechanics at The BioRobotics Institute of the Scuola Superiore Sant’Anna. He is mainly interested in the design of anthropomorphic artificial hands, as well as in understanding how robots can give a “hand” to humans to accomplish activities of daily living in a safe, natural and efficient way. In 2009 he founded Prensilia dealing with the commercialization of dexterous hands for industrial and academic research.
Title talk: Human collaborating with robots as a natural act

Francesco Ferro, is the CEO and co-founder of PAL Robotics, one of the leading service robotics companies worldwide, with over 16 years of experience.
He received a BSc+MSc degree in Telecommunications Engineering in 2002 at the Politecnico di Torino (Italy), a Master at ISEN in Lille (France), and in 2011 an Executive MBA at the University of Barcelona (Spain). Since 2004 he has been working in the development of state-of-the-art robots specially designed to solve clients’ needs. Today PAL Robotics is known for the humanoid robots REEM-C, TALOS, TIAGo, and ARI, as well as the retail and manufacturing solutions, TIAGo Base and StockBot.
Title talk: When the user builds their own robot

Espen Knoop is an Associate Research Scientist at Disney Research, working at the intersection of academic and industrial research. He contributes to technologies that enables the creation of more expressive and dynamic robotic characters, by leveraging simulation and optimization tools. He holds undergraduate and PhD degrees from the University of Bristol.
Title talk: Computational Design Tools for Expressive Robot Characters.

Jeremy Ma is a Senior Manager at the Toyota Research Institute, a leading research facility dedicated to furthering Toyota's vision of developing new approaches to mobility. His passion for robotics began when he joined the original DARPA Urban Challenge (2007) for Team Caltech where he got his MSc+PhD (2010). Upon completing grad school, he joined NASA's Jet Propulsion Laboratory (JPL) where he continued to work on exciting robotics systems including the ARM-S robot, the LS3 robot (with Boston Dynamics), and JPL's own Robosimian robot for the DARPA Robotics Challenge. Following his time at JPL, Jeremy moved to Silicon Valley where he worked at Apple's Special Projects Group (2015) managing a team in autonomous technologies. Now at Toyota Research, he manages efforts in robotic manipulation and mobility, focusing on applying artificial intelligence to robots assisting in the home.
Title talk: Teaching Robots in the Home

Giorgio Metta is the Scientific Director of the Istituto Italiano di Tecnologia (IIT). He holds a MSc cum laude (1994) and PhD (2000) in electronic engineering both from the University of Genoa. From 2001 to 2002, Giorgio was postdoctoral associate at the MIT AI-Lab. He was previously with the University of Genoa and from 2012 to 2019 Professor of Cognitive Robotics at the University of Plymouth (UK). He was member of the board of directors of euRobotics aisbl, the European reference organization for robotics research. Giorgio Metta served as Vice Scientific Director of IIT from 2016 to 2019. He coordinated IIT's participation into two of the Ministry of Economic Development Competence Centers for Industry 4.0 (ARTES4.0, START4.0). He was one of the three Italian representatives at the 2018 G7 forum on Artificial Intelligence and, more recently, one of the authors of the Italian Strategic Agenda on AI. Giorgio coordinated the development of the iCub robot for more than a decade making it de facto the reference platform for research in embodied AI. Currently, there are more than 40 robots reaching laboratories as far as Japan, China, Singapore, Germany, Spain, UK and the United States. Giorgio Metta research activities are in the fields of biologically motivated and humanoid robotics and, in particular, in developing humanoid robots that can adapt and learn from experience. Giorgio Metta is author of more than 300 scientific publications. He has been working as principal investigator and research scientist in about a dozen international research as well as industrial projects.
Title talk: Physical and Social Human Robot Interaction 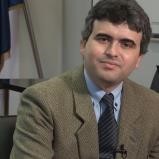 Prof. Dr. Eng. Calogero Maria Oddo (born in 1983) has a Ph.D. in BioRobotics from Sant’Anna School of Advanced Studies (SSSA), Pisa, Italy, M.Sc. and B.Sc. in Electronic Engineering from the University of Pisa, 1st and 2nd level degrees in Industrial and Information Engineering as a honors college student of SSSA (10 positions, 334 applicants), all with honors. He is currently Associate Professor of Biorobotics and he coordinates the Neuro-Robotic Touch Laboratory (20 research fellows) at The BioRobotics Institute of SSSA. He serves as Vice-Coordinator of the PhD program in Biorobotics, which is one of the largest doctoral schools worldwide in robotics and biomedical engineering, with about 100 PhD students enrolled. He has over 55 international journal publications (Scopus) and 6 patents, and a growing track record in integrating biorobotics, neuroscience and industrial applications, with particular interests in tactile sensing. He has a H-index of 20 and a total of 1900+ Scopus citations.
He has a growing portfolio of successful research grants, with scientific responsibilities within EU and National projects. He is Senior Member of the IEEE.
Title talk: Large-Area Sensorized Skins for Collaborative Robotics 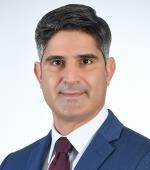 Cesare Stefanini received the M.Sc. degree in mechanical engineering and the Ph.D. degree in Microengineering, both with honors, from Scuola Superiore Sant’Anna (SSSA), Pisa, Italy, in 1997 and 2002, respectively. In 2003 he joined the Faculty of the BioRobotics Institute of SSSA in Pontedera, Italy. He is today Professor of Biomedical Engineering, the Head of the Creative Engineering Lab at the BioRobotics Institute of SSSA and the Director of the Healthcare Engineering Innovation Center at Khalifa University (UAE). His research activity is applied to different fields, including small scale robotics, bioinspired systems, biomechatronics and micromechatronics for medical and industrial applications. He received international recognitions for the development of novel actuators for microrobots and he has been visiting researcher at the University of Stanford, Center for Design Research.
Dr. Stefanini is currently the PI of four international research projects. Dr. Stefanini is the scientific advisor of a leading company in the field of robotic microsurgery (Medical Micro-instruments SpA, Italy) and the recipient of the "Intuitive Surgical Research Award". Dr. Stefanini is the author or co-author of more than 140 articles on refereed international journals and on international conferences proceedings. He is the inventor of 16 international patents, 8 of which industrially exploited by world-leading companies. He is an affiliate member of the Academy of Scientists of the UAE and of the IEEE Societies RAS (Robotics and Automation), EMBS (Engineering in Medicine and Biology) and PES (Power and Energy).
Title talk: Robot Aided Design: using robots to design robots

Gentiane Venture is a French Roboticist who has been working in academia in Tokyo, Japan for more than 15 years. She is a distinguished professor with the Tokyo University of Agriculture and Technology and a cross appointed fellow with the National Institute of Advanced Industrial Science & Technology. After graduating from Ecole Centrale de Nantes and obtaining a PhD from University of Nantes in 2000 and 2003 respectively, she worked for one year at the French Nuclear Agency and then for 6 years at the University of Tokyo. She started in 2009 with Tokyo University of Agriculture and Technology where she has established an international research group working on human science and robotics. With her group she does theoretical and applied research on motion dynamics and non-verbal communication for robot behavior design. She also studies what it means to leave with robots to develop the robots of the future. The work of her group is highly interdisciplinary by collaborating with therapists, psychologists, neuroscientists, sociologists, philosophers, ergonomists, artists, and designers.
Title talk: The role of humans in a robotized society 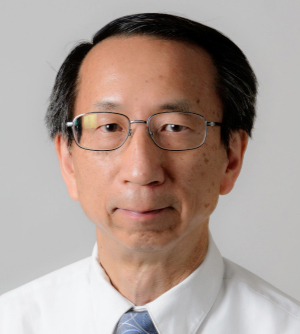 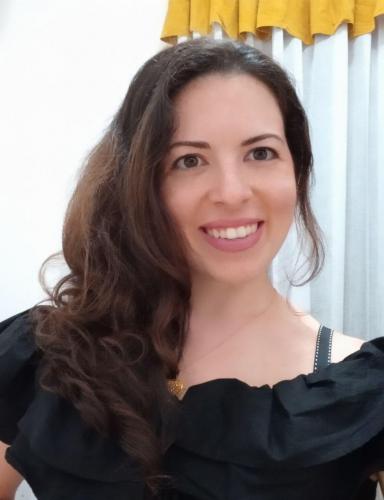 The workshop on “Robots Building Robots Digital Manufacturing and Human-Centered Automation for Building Consumer Robots” is supported by:

The Workshop on “Robots Building Robots Digital Manufacturing and Human-Centered Automation for Building Consumer Robots” is sponsored by STMicroelectronics. 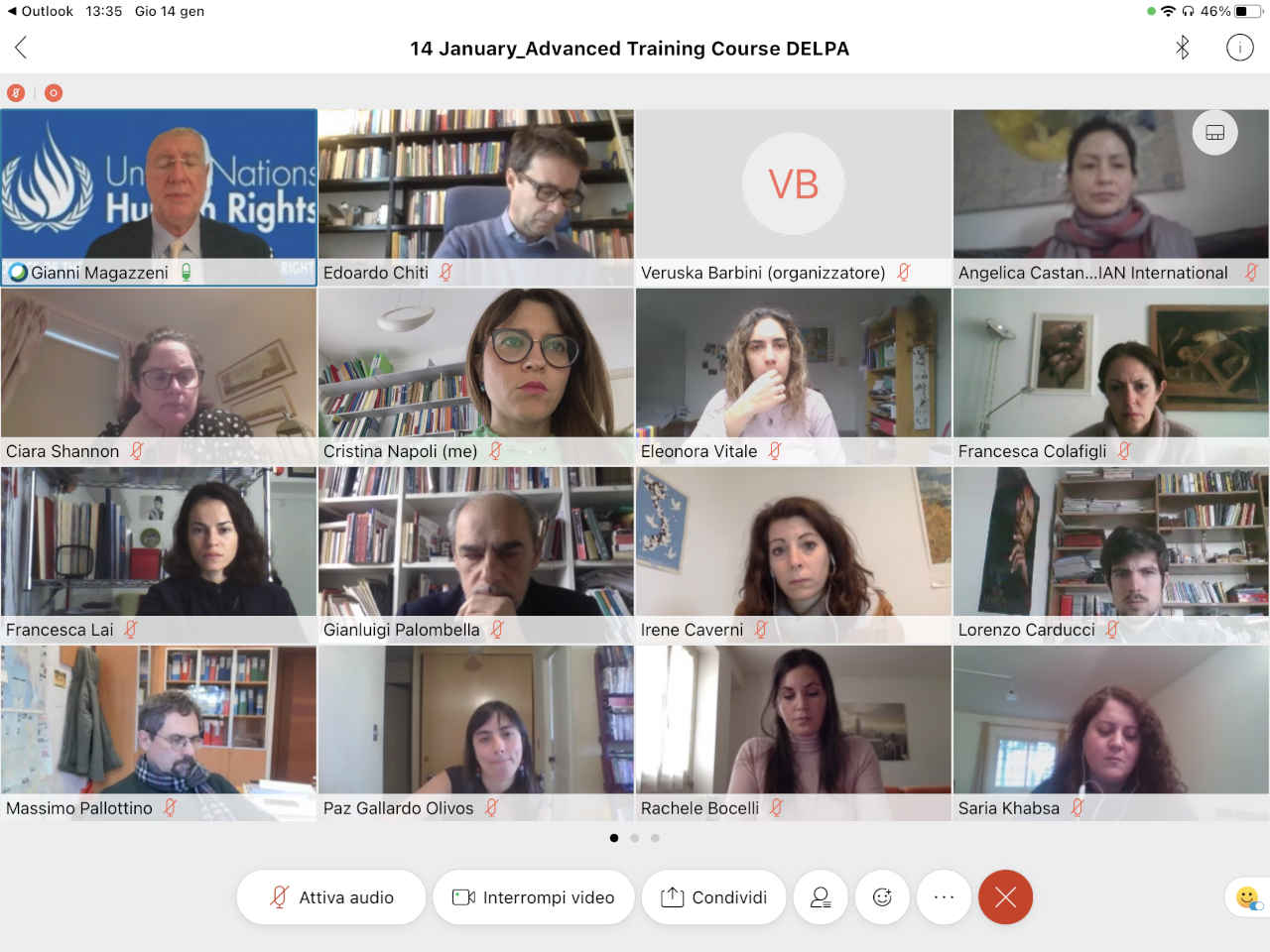 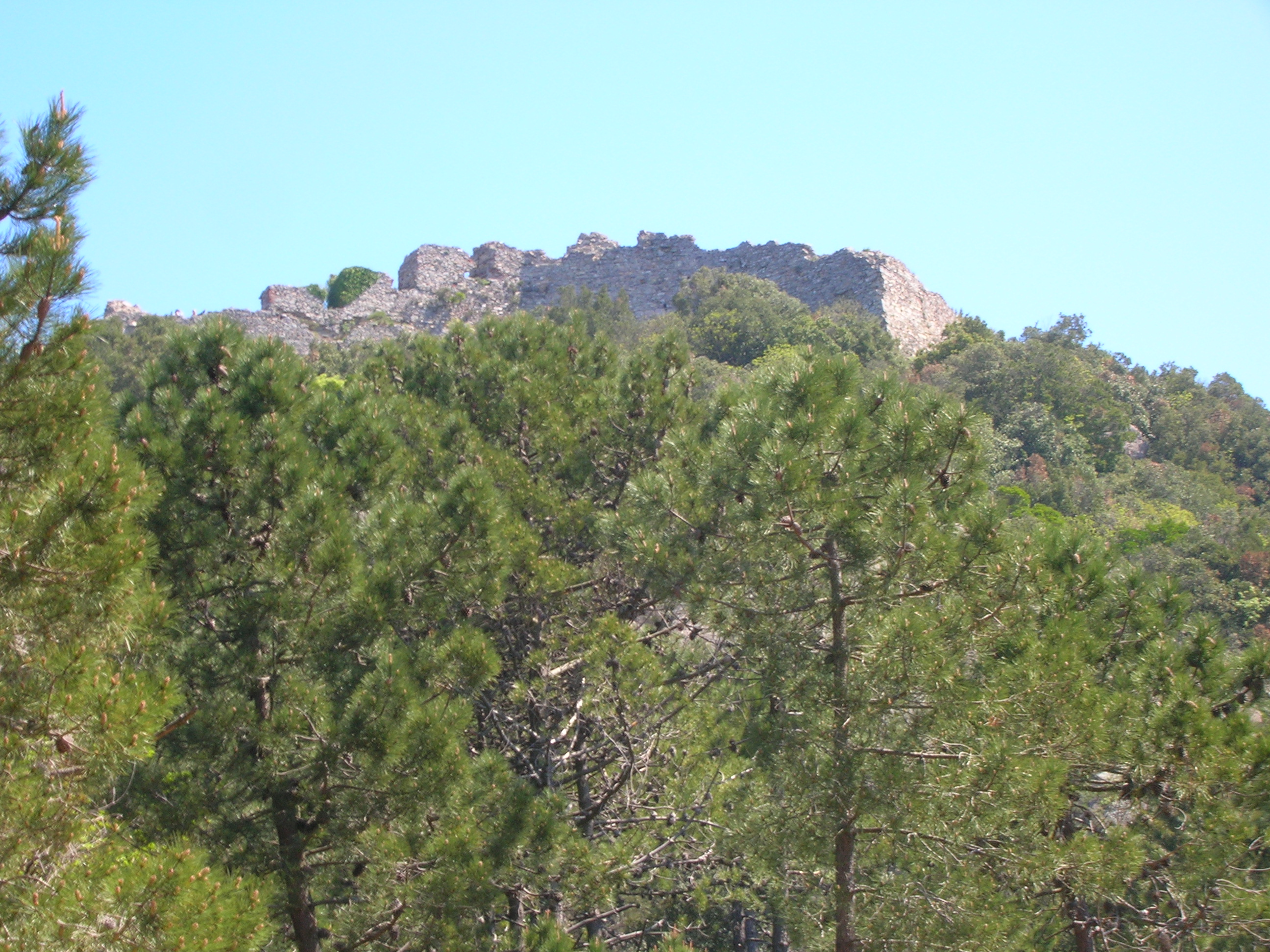 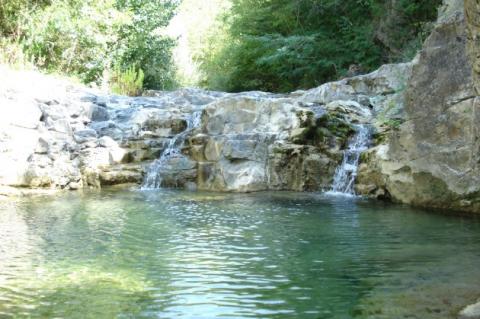