Sant’Anna School students’ association was founded on 31st May 2006 to organize cultural, scientific and social events and promote community and intercultural student connections. The Board of Directors, the Board of Supervisors, the Board of Auditors and the Students Assembly are the governing bodies of the Association and are elected annually. Membership is granted to all Sant’Anna School undergraduate and PhD students.
The events are inspired by interdisciplinary backgrounds, a variety of topics related to different fields of study, playing an active role in the coordination of meetings and conferences on current issues and future trends.
The Students Association handles the relationship with the Alumni Association; it collaborates with other student organizations, including the Scuola Normale Superiore Students Forum, and pays particular attention to central-local relations. In particular, thanks to Pisa citizens associations, the Sant’Anna Church is open to the public during concerts.

Find information about the Students’ Association activity on Facebook and send an email to associazioneallievi@santannapisa.it. 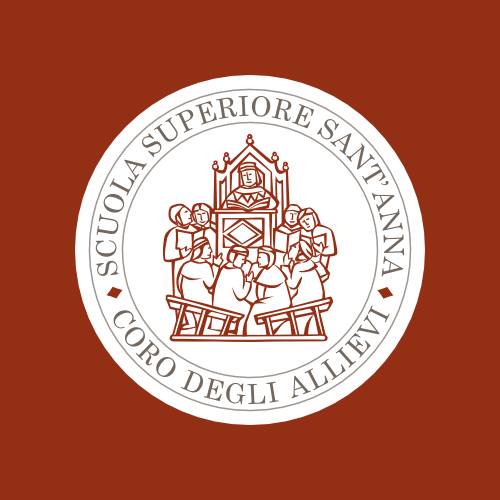 Sant’Anna Students’ Choir was founded in November 2008; the members represent a wide range of musical backgrounds. In March 2009, the Choir participated in the Inter-ENS music events organized by the Écoles Normales Supérieures in Lyon. In October 2009, it participated in an afternoon of poetry and music on the Giuseppe Giusti study day event organized by Sant’Anna Students’ Association in Monsummano Terme (Pistoia). In 2010, the Choir performed a number of concerts on the occasion of Sant’Anna events and celebrations and on May 26th the concert was performed at church of Sant’Anna School, open to the public. A second performance of the concert on the Risorgimento and Giuseppe Giusti was presented at Palazzo Viti in Pisa.
On 3rd April 2011, the Sant’Anna Students’ Choir together with three choirs under the leadership of Maestro Luciano Garosi, gave a performance at the Teatro Poliziano in Montepulciano (Siena). On 8th June 2011 the Choir performed the traditional late spring concert “Serata in Concerto” dedicated to the music of Risorgimento and solo performances were executed in front of a large audience among whom a group of Chinese students from Beijing. On 18th June 2011 the Choir gave a concert on the occasion of the International Advisory Board meeting, and, a charity Christmas concert took place on 16th December 2011.

In 2014 the Choir started a close cooperation with the Ensemble Bacchelli – Livorno; they had their debut at church of Santa Caterina in Livorno on Palm Sunday and the same concert took place at Church of Sant’Anna School in May. On April 11 - 12 , Sant’Anna Students’ Choir with the choir of towns of Chiusi and Montepulciano performed a successful concert under the leadership of Maestro Roland Böer.
Lastly, in the years of its activity, it performed the Mass songs for the academic year inauguration ceremonies celebrated by Giovanni Paolo Benotto, Archbishop of Pisa, and on the occasion of the Feast of Sant’Anna on July 26.
Get the latest news about the Students’ Choir on Facebook page