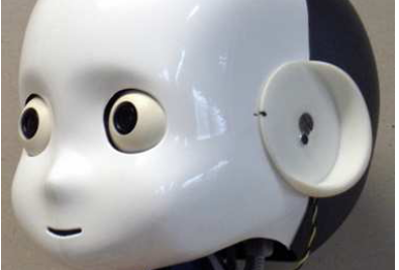 Major scientific and engineering breakthroughs are needed to develop high performance, complex artificial systems, like robots, as Companions that are safe, social, dependable, sustainable and skilled, literally going beyond the current mechatronics paradigm. Nature can be an extraordinarily rich and matchless reference for inspiring, conceiving and designing novel robotic systems.
The aim of this research area is to develop a new generation of assistive robot companions, underpinning technologies and bionic solutions to help citizens of all ages, from infants to elderly, and in different scenarios (in the factory, at home, in farms, or in marine scenarios), that are characterized by an extremely high efficiency, robust behaviour in unstructured environments, low cost and novel design for acceptability. The use of robotics as a method to increase the quality of scientific and technical education in school and the ethical, legal, social and economic issues are also investigated.
This new generation of robot Companions fully integrated in the society requires the mobilization of multidisciplinary scientific and technological excellence, the building of dedicated robotics research infrastructures, and the study of ethical, legal, social and economic implications.
In particular, in Assistive Robotics Lab, the research area has one of the three RIF (Robotics Innovation Facility) of the ECHORD++ project, who has received funding from the European Union’s Seventh Framework Programme for research, technological development and demonstration under grant agreement no 601116 as part of the ECHORD++ (The European Coordination Hub for Open Robotics Development) project, www.echord.eu.

The Robotics Innovation Facilities offer access to high-tech robotic equipment and expertise at zero risk. In addition the Peccioli RIF (www.pecciolirif.com) provides access to real and realistic environments to be used as testing beds to validate technological solutions. They can be seen as a racetrack for robots, in which you can develop, test and validate them.
The research area focus mainly on the fields of: Social Robotics, Internet of Things, Neurodevelopmental BioEngineering, Humanoid Robotics, Marine Robotics, Educational Robotics, Ethical, Legal, Social and Economic Issues of Robotics, and it is correlated with the research laboratory on Assistive Robotics.

Neurodevelopmental engineering is an interdisciplinary research area at the intersection of developmental neuroscience and biomedical engineering, mainly concerned with quantitative analysis and modeling of human behaviour during neural development. The aim of this research is the development of novel mechatronic devices for ecological, unobtrusive assessment of infant development. These tools could help in assessing motor impoverishment or sensitivity to therapy, but also experimenting new therapeutic interventions based on enriched environment and brain plasticity.

Research activities in the field of marine robotics are carried out at the Research Centre on Sea Technologies and Marine Robotics.
The laboratory is located in Livorno and it is focused on the marine environment both as an application scenario for biorobotics and as a source of bioinspiration for novel robotics technologies. From the inspiration to marine species, like the octopus, a new class of soft robots have been generated and is today developed further for marine explorations, in the benthic zone. Research experience of the lab includes surface and underwater autonomous robots and water monitoring devices.

The ethical, legal, social and economic issues (ELSi) of robotics have been a concern since the start of research activities at the BioRobotics Institute.
In 2004, together with Kazuo Tanie and Ron Arkin, Paolo Dario founded the Technical Committee on Roboethics of the IEEE Robotics and Automation Society, bringing ethics in the heart of the international community of robotics.  Since then, the Institute has organised many national and international events on ELSi, for both academics and laypeople, in collaboration with scientists, philosophers, theologians, sociologists, lawyers, economists, and artists. Currently, research on ELSi is carried out in the framework of two EU funded projects, Robot-Era and RoboLaw.
The objective of this research area is to study the ethical implications raised by robotics in research and applications, including social, legal, economic and anthropological issues.  Some of the research topics of interests are: robotics and employment; robot market and insurance, legal status of robots; acceptance of social robots.

The main objective of the humanoid robotics is the study and the robotic implementation of neuroscientific models of sensory-motor coordination on humanoid platform. This has a twofold benefit: improving the performances of the robotic platform interacting with the real world and validating the neuroscientific models through a comparison between robot and biological system performances. In particular, the research focuses on the implementation of models of gaze control, sensory-motor anticipation, adaptive controllers based on neural networks and stabilization mechanisms for the biped locomotion.
The humanoid robotics group is currently involved in the Sub-Project 10–Neurorobotics of the Human Brain Project, an EU-funded Future and Emerging Technologies (FET) Flagship initiative. The goal of this sub-project is to develop the Neurorobotics Platform, a novel software infrastructure that enables scientists and technology developers to connect detailed brain models - based on spiking neural networks - to simulations of robot bodies and environments. Brain models can be implemented and tested on real humanoid robots through neuromorphic computing platforms (i.e. the SpiNNaker board) that are able to simulate huge spiking neural networks in real-time. Simulating more biomimetic and more realistic brain models fosters the enhancement of robot abilities and, in turn, pushes the boundaries of robot bodyware towards more human-like morphologies and mechanics.

Educational Robotics consists of the use of robots as a channel for teaching and education. Despite being appropriate for teaching science, math and technology (STEM subjects: Science, Technology, Engineering and Mathematics), it has also many connections with other school subjects such as literature, arts and theatre thus becoming a new educational paradigm called STEAM (Science, Technology, Engineering, Arts and Mathematics).
Robotics is extremely motivating: learning with robots increases children engagement and a student-centred learning approach. It develops a problem-solving attitude, foster a trans-disciplinary approach and encourage team work. The BioRobotics Institute promoted training courses for Italian teachers from primary to upper secondary schools for introducing educational robotics in all school levels. Research in this field is focused on the study of the methodology for implementing Educational Robotics in schools and on the measurements of its effects on students’ learning.
One of our findings provided scientific support to the hypothesis that ER is suitable in progressively improving abilities in planning and controlling complex tasks in early childhood, fostering executive functions development [Di Lieto et al.].